Following is a cross-section of recently completed projects:

40 miles of 30″ X70 .375, .450 and .625 wall new construction in Bradford, Sullivan, and Lycoming counties of Pennsylvania. The project was built through extremely mountainous terrain and was predominantly rock. This project was vigorously scrutinized by special interest groups. Forty-Five (45) wetlands and seventy three (73) classified and protected streams were crossed including the crossing of the Susquehanna River. Production was vigorous at 85 – 105 joints of (X70) per day with less than a 1% repair rate. Project was completed ahead of schedule without any environmental, safety or mechanical incidents.

27 miles of 16” .438 wall Take up and Relay in Lincoln, Mingo and Wayne Counties, WV.  The project was in a very rural area with mountainous terrain.  Ditch was seventy percent rock excavation.  There were four HDD and six mainline valves to fabricate and install.  Miles of access roads had to be constructed in order to reach the right of way with pipe and equipment.  All work was performed by Meridien crews and completed on time without incident.

32 miles of 30” natural gas pipeline in Virginia involved numerous wetland and water body crossings with a mix of cross-country and residential pipeline construction. Directional drills, railroad and road bores, and open cut methods were utilized during construction, which was finished on schedule and without incident.

64 miles of 24” natural gas pipeline in Pennsylvania involved mountainous terrain, 28 elevation manifolds and separate hydrotests due to elevation changes, consolidated rock as well as major river, wetland and road crossings. National Forest, state and private lands were all part of the construction right-of-way. Project was performed on time and without incident.

4 miles of 40 inch .700 wall steel. The two drills were two of the largest HDD’s to ever be completed in North America.  The first DD crossing including a heavily traveled four lane highway and the Cooper River which is a major shipping channel used extensively by the United States Military in Charleston, SC.  The drill exited on an island constructed by United States Army Corps of Engineers where it tied into another HDD that was 2,800’  long also 40 inch .700 wall pipe.  The second HDD was also done by us and was under the same contract.  All pipe work such as the welding, coating and x-raying of the 40” .700 wall pipe took place on the island.  This required our crews, equipment and pipe to be taken to the island by floating barges and other water craft.  All pipe side activities including design layout were self performed.  The work was finished as scheduled without incident.

10 miles of 16” replacement in Allegheny County, PA.  This project is known as the H-152 Replacement Phase 1.  The project was in an urban area and consisted of the removal and replacement of an existing 16” gas main.  The replacement was due to D.O.T. class changes caused by population growth and urban development in the Pittsburgh area.  All work was performed by Meridien Energy crews.  The project was completed on time and without incident.

47 miles of 20” natural gas pipeline in New York consisting primarily of cross-country construction with intermittent residential areas. Countless utilities and road crossings along with railroad and water body crossings were constructed. The project was completed on time and without incident.

38 miles of 16” products pipeline in Florida involved predominantly cross-country pipeline construction with vast amounts of wetlands and water body crossings. There was in excess of 18,000’ of directional drilling along with another 27,000’ of field-applied concrete coated pipe utilized in construction of this project. The project also involved 46 road bores, numerous major utility crossings and railroad crossings. Completion was timely and incident-free.

8 miles of 16” relocation in Allegheny and Washington Counties, PA (suburban Pittsburgh).  The existing 16” pipeline was removed and replaced with a higher grade and greater wall thickness 16” pipe to comply with D.O.T. class changes caused by rapid population growth in the area.  The project was broken into five sections requiring five separate hydrotests.  There were three HDD’s that were subcontracted.  All asphalt and concrete restoration was performed by Meridien Energy crews, as was the landscape restoration.  Project was placed in service on time and incident-free. 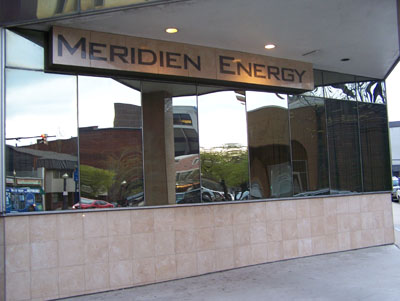 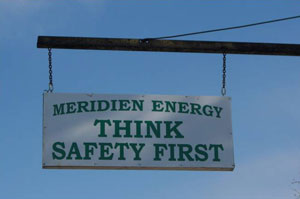